Bournemouth's parliamentary spokesmen have launched the Bournemouth phase of the Liberal Democrats' National Consultation on Brexit. 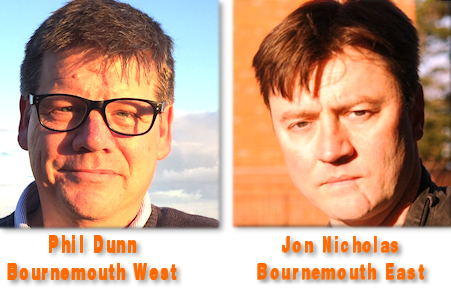 Jon Nicholas and Phil Dunn will be contacting local businesses, health and educational institutions to discuss their Brexit concerns.

Jon Nicholas, spokesman for Bournemouth East said "This Tory Brexit Government has not got to grips with the multitude of difficulties that leaving the EU presents. While the Government flounders, I will be talking to people in Bournemouth East to understand their concerns."

Bournemouth West spokesman, Phil Dunn, added, "Every sector of society will be affected by Brexit. I want to hear from businesses, service providers and local people in Bournemouth West about how it will impact on jobs, investment and our daily lives."

The two spokesmen have pledged to challenge government at every opportunity to hold them to account for the real damage that Brexit will do to people across both Bournemouth constituencies and the nation as a whole.

"We will do our level best to keep Britain open, tolerant and united" they said.