Following hot on the heels of recent success in the BCP Council elections, Bournemouth Liberal Democrats have been celebrating again. 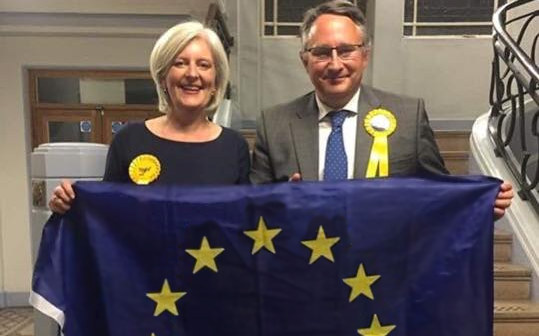 On Sunday 26th May local activists were toasting the victories of Caroline Voaden and Martin Horwood who were each elected to serve as MEPs for the Southwest and Gibraltar. Together they will join fourteen other Liberal Democrats in Brussels as the party's largest ever contingent in the European Parliament.

"It's been a frantic few weeks with two elections to fight in the space of the same month," said Phil Dunn, campaigns lead for Bournemouth East, "but we can look back on a job well done. We've ended the month with our party at the heart of the new Unity Alliance on BCP Council and we resoundingly beat both the Conservatives and Labour in the Euro elections. Our aim now is to keep spreading our message to voters in Bournemouth as there's a fair chance we may be back on the campaign trail again before the end of this year."