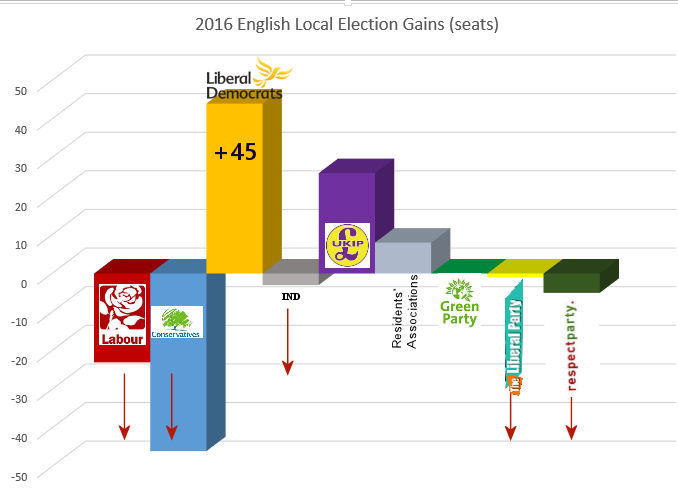 We would like to congratulate all our Liberal Democrat colleagues in England on the fantastic gains made by our party in the local elections so far this year.

After the terrible results of 2015 Liberal Democrats are bouncing back as voters up and down the country turn back to our excellent candidates. The Liberal Democrats were the ONLY party to increase vote share, AND increase the total number of council seats, AND gain control of an additional council.

In England we gained overall control in Watford where we wiped out the Tories completely - not bad for constituency with a Tory MP!

We saw net gains in many parts of the country for the first time in years - in Bradford, Burnley, Cheltenham, Gateshead, Hull, Sheffield and Warrington, to name just a few.

We won the popular vote in several constituencies we held until last year, like Cheadle, Hazel Grove and Portsmouth South. We won every ward in the Southport constituency for the first time in generations.

We also established a bridgehead in councils that had no Lib Dem presence until this week, with wins in Manchester, Knowsley and Sunderland.

From many winning campaigns, some common threads stand out. Teams with strong leadership and a clear plan, who started early, and who kept on campaigning despite the knock-backs of the last few years, were clearly rewarded with much improved results this year.