Local campaigner Jon Nicholas will challenge Conor Burns in the next general election.

Jon said: "Bournemouth is taken for granted by a Conservative party that is no longer recognised by many who have previously voted for it. People I speak to are shocked that the Tories are turning their backs on jobs, democracy and even the rule of law. The undeliverable 'Leave' promises made during the referendum mean they have a lot to answer for. This country needs a fresh and honest approach to politics, as a Liberal Democrat I stand ready to demand better for Bournemouth, and better for Britain." 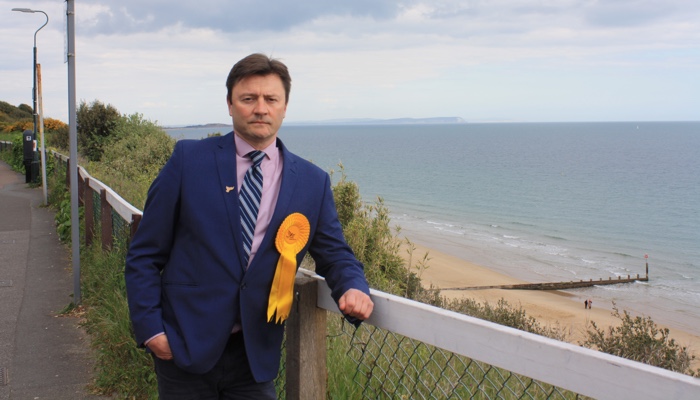 Election results in 2019 suggest that any forthcoming general election may be a two-horse race between the Lib Dems and the Tories in Bournemouth West. In council elections the Lib Dems formed the largest group in the Unity Alliance running the new BCP Council. In the European Parliament elections Lib Dems came second in the local area, with Conservatives and Labour trailing in a distant 4th and 5th place.

Local Lib Dem members selected Jon as their chosen candidate at a members' meeting on Friday, after he set out his priorities and answered a range of questions on the challenges now facing Bournemouth and the country.

Some of Jon's campaign priorities are to: Stop Brexit and save our NHS; Tackle the climate crisis & support renewable energy; Improve housing provision and eliminate homelessness; Ensure the damaging Tory cuts to local schools and colleges are reversed.