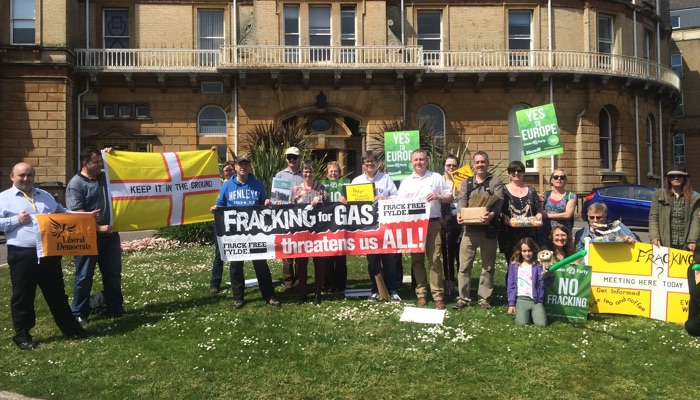 Following on from our party's vote to ban hydraulic fracturing (fracking) in England and Wales at the Spring Conference in York, Bournemouth Liberal Democrats recently joined forces with the local Green Party outside Bournemouth Town Hall.

The aim of this joint action was to present Bournemouth Borough Councillors with a fully referenced dossier of evidence on the dangers of fracking including the recently published Medact report on the health implications of such extraction methods. This was presented with the Support of Sir Graham Watson, Member of the European Economic and Social Committee and President of the Western Counties region Liberal Democrats. The document was also supported by Molly Scott Cato, Green Party MEP for the South West of England and Gibraltar.


Local policy spokesman, Philip Dunn, said "Where we have common ground it is an extremely positive step for us to work together with other parties. The condition of our environment affects all of us and we are showing that, in cases like this, the colour of our party badges really shouldn't be an issue." 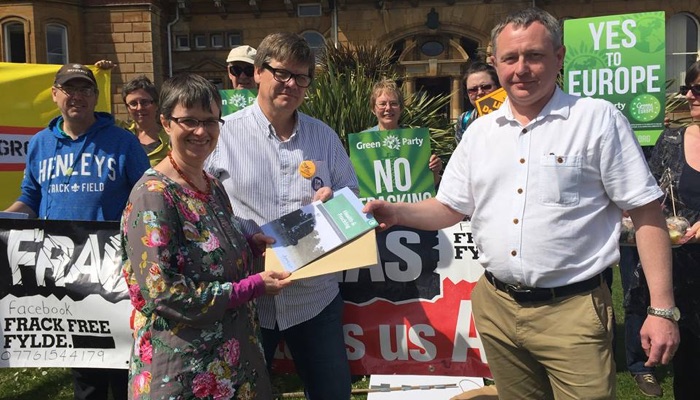 Both parties are calling for further investment in renewable energy production and action to meet climate change targets. In response to the vote at Conference, Liberal Democrat Energy and Climate Change spokesperson Lynne Featherstone said:

"Fracking is not the solution to the country's energy problems. The Tories are rolling back the green agenda which Liberal Democrats fought hard for in government. We need to focus on long term sustainable goals like achieving a zero carbon Britain by 2050, not carving up the countryside for short term gains."