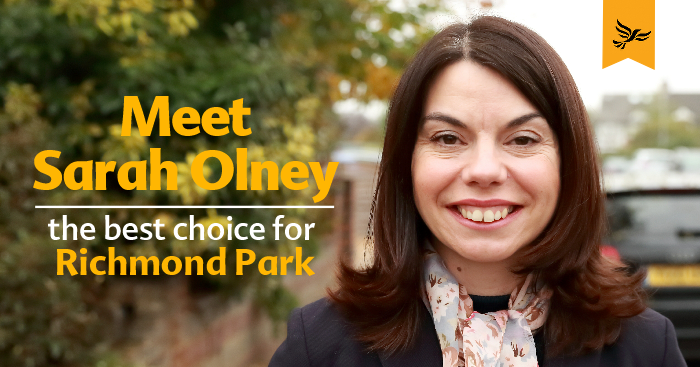 We're fighting a Parliamentary by-election caused by Zac Goldsmith's resignation - the Liberal Democrats held this seat until 2010 and we're the clear challengers to Zac.

Electing a Lib Dem MP in Richmond Park will send a strong message to the Tory Government not just on Heathrow, but on Brexit too. It’s a tremendous opportunity for people to give their verdict on the direction Theresa May’s new government is taking our country.

Zac Goldsmith is running as an Independent in name only – he will be backed by Conservatives who aren’t running a candidate against him.

But we need all hands on deck - and how good a result we get in Richmond Park will be 100% down to what you can do.

Volunteers from Bournemouth are going up to Richmond Park to lend our support to the campaign on Saturday 19th November - we have spaces in cars so come and join our convoy!

We will meet in Bournemouth at 8am (location to be advised) and will be back in the evening. Please sign up here using the form below, if you have a car and are willing to drive then please also email Amir Sadeh on [email protected]